April is National Poetry Month and more than ever these times remind us of the power of words to bring us together across great divides. Enrich your day by checking out the links below for poetry readings and resources tailored to remote enjoyment. 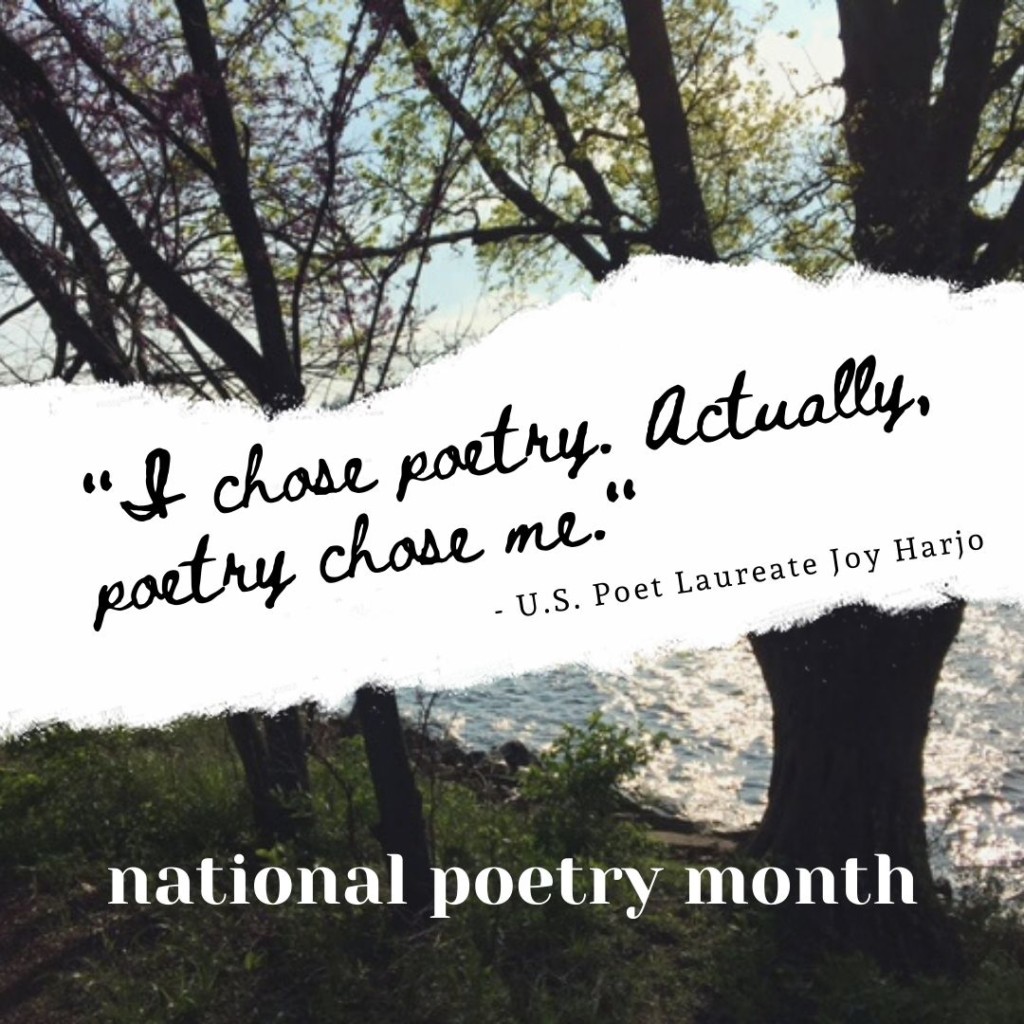 • From Lit Hub, Some of the best of online poetry, read by poets

• From the Poetry Foundation, the April issue of Poetry Magazineis free through their app

•From The Atlantic, Books Briefing: If Your Attention Span Is Shrinking, Read Poetry

• From the Geraldine R. Dodge Poetry Program, Resources for Teachers

• From the Academy of American Poets, “Shelter in Poems.” To participate, select a poem that gives you hope from the Poets.org collection and post a sentence or two about why the poem inspires you on social media with the hashtag #ShelterinPoems. The Academy will be considering responses and gathering the poems and testimonials in a special newsletter and sharing it online each week.

• From the Poets House, 10*10*10 with Dave Johnson. Join Dave Johnson to write a new poem in only 10 minutes. They will present a new video every weekday for 10 days, posted to Twitter, Facebook, YouTube and on their website.

• 826 Digital – a free online platform where you can browse a wide variety of creative writing teaching resources and student writing examples for K-12 children.

• From the Poetry Foundation, a list of online poetry resources which includes teacher-specific resources, online courses in poetry, and audiovisual archives.

• From the Academy of American Poets, the Dear Poet project. Dear Poet is a multimedia education project that invites young people in grades five through twelve to write letters in response to poems written and read by award-winning poets. This year’s deadline to write a letter to a poet is April 30th.

• From the Poetry Foundation and Complexly, Ours Poetica, a tri-weekly video series that captures the intimacy and physicality of holding a book while engaging with a poem read by a distinctive voice. New episodes are out on Mondays, Wednesdays, and Fridays.

• From The Lily, a conversation between Poet Laureates Kara Jackson and Amanda Gorman.

• National Endowment for the Arts Chairman Mary Anne Carter has started a weekly podcast to talk about the arts field and CARES Act funding for arts organizations.

April is National Poetry Month.  Whether one drinks poems with eyes or ears, they slake thirst for truth or beauty and often distill onto paper tangled vines within us.

April hasn’t been National Poetry Month all that long.  Back in 1996 the Academy of American Poets took a look at preceding months dedicated to histories of blacks and women.  They saw those focused time frames raised profiles and consciousness.  And Bob’s your uncle, as my friend Margaret says.  Of course there are many more things than months so poetry has to share April as the national month for soft pretzels, soy foods and straw hats, just to pick one alphabetic run.

Each late April Moxie has mentioned Poetry Out Loud, a program for high-schoolers that ends with a $20,000 prize.  Chicago’s Poetry Foundation and the National Endowment for the Arts direct and fund this competition of onstage recitation of classic and modern works.  That handsome purse is awarded at national finals held in Washington, D.C., after students from 50 states and three U.S. territories compete.  I usually identify myself as chauffeur for my wife Sheila while she functions in D.C. as the “state partner” for Illinois after helping to lead this contest at home.

Poetry Out Loud shares credit with poetry slams, social media, rap and hip-hop music for a resurgence of youth interest in spoken arts.  My wife coordinates competition in one of eight Illinois regions and then hosts two winners from each region at a state contest here in the capital city.  Students choose from around a thousand approved poems, commit three to memory, start in classroom contests and hope to end up with an expense-paid trip to Washington.   Starting last fall, 10,130 Illinois high-schoolers stepped onto that road.  Over its 15 years, four million young people have competed.  (Last year Sheila helped coach the Illinois champion to second in the nation.  Of course no finals are happening this spring.)

On the adult stage Illinois is no poetry slouch.  Gwendolyn Brooks followed Carl Sandburg as the state’s poet laureate.  Vachel Lindsay was born and died next door to our governor’s mansion.  He’s most famous for the jazz rhythms of “Congo” but more famous around here for “Abraham Lincoln Walks at Midnight” since Abraham Lincoln walked here at midnight.  Even he scrawled some rhymes including this ditty about himself:  “Abraham Lincoln/his hand and pen/he will be good but/god knows When.”

Illinois lost one of its famed poets last year.  John Knoepfle did what so many of the greats do:  offer up a sense of place.  Sandburg, for example, called the prairie “mother,” saying its sunlight sang to him and he spent nights in her arms.  John wrote “Confluence” about where our local river ends in his 1985 Poems from the Sangamon:  “it is long miles through marshgrass/the sangamon sifting to its ending/and beyond us the illinois/intensifies the south/beneath the eagles at grafton/our ancient mississippi/its wide slow waters.”

I am in awe of poets and their craft of paring down and paring down like Picasso’s dove in five brushstrokes.  That is not I.  The aforementioned Sheila has even developed her own fluttering bird-hand that she sets in flight to indicate I have yet again succumbed to tangent.  I wrote some OK limericks once for a friend who lived across a backyard from a dog called Phoebe, a name that made for easy rhyming.  Years ago I would add a bit of doggerel to holiday letters.  I was even so bold as to advise others who wished to compose lines for their year’s summing up, offering this line for anyone with an unruly daughter named Jennifer:  “Don’t know what we’d do with ten of her.”

A poet friend of mine also died late last year.  Lyn Lifshin was one of my generation’s erotic feminist rebels.  (Her poem about me is not suitable for general audiences.  These days it just makes me cry anyway.)  She was known as “Queen of the Small Press” as her 130 books and chapbooks were published by them.  Larger house Beacon published her collection of mother and daughter poems Tangled Vines, an image used in today’s first paragraph.  In addition to whatever she was to me, she now also represents a friend with whom I have no  friend in common, no one with whom to commiserate, no one to say, “Hey, remember when our friend did this or said that?”

In a time when spoken arts surge, those cultures with strong oral traditions stand tall.  Here is the United States’ new Poet Laureate Joy Harjo, the nation’s 23rd and first Native American.  In a Library of Congress press release last year Harjo said, “I share this honor with ancestors and teachers who inspired in me a love of poetry, who taught that words are powerful and can make change when understanding appears impossible, and how time and timelessness can live together within a poem.  I count among these ancestors and teachers my Muscogee Creek people [and] the librarians who opened so many doors for all of us . . “

In the room where these Wednesday missives are written is my treasured reward for drinking poetry.  In the early summer of 1967 I memorized a bunch of poems.  Later that summer I served as an intern on Capitol Hill.  Robert F. Kennedy addressed a group of us on the essence of democracy.  I sent him John Donne’s “No Man is an Island” from my memory.  Now framed on the wall is the letter Mr. Kennedy sent back saying it had long been a favorite of his.  Next to his formal signature is a handwritten note that he signed “Bobby.”